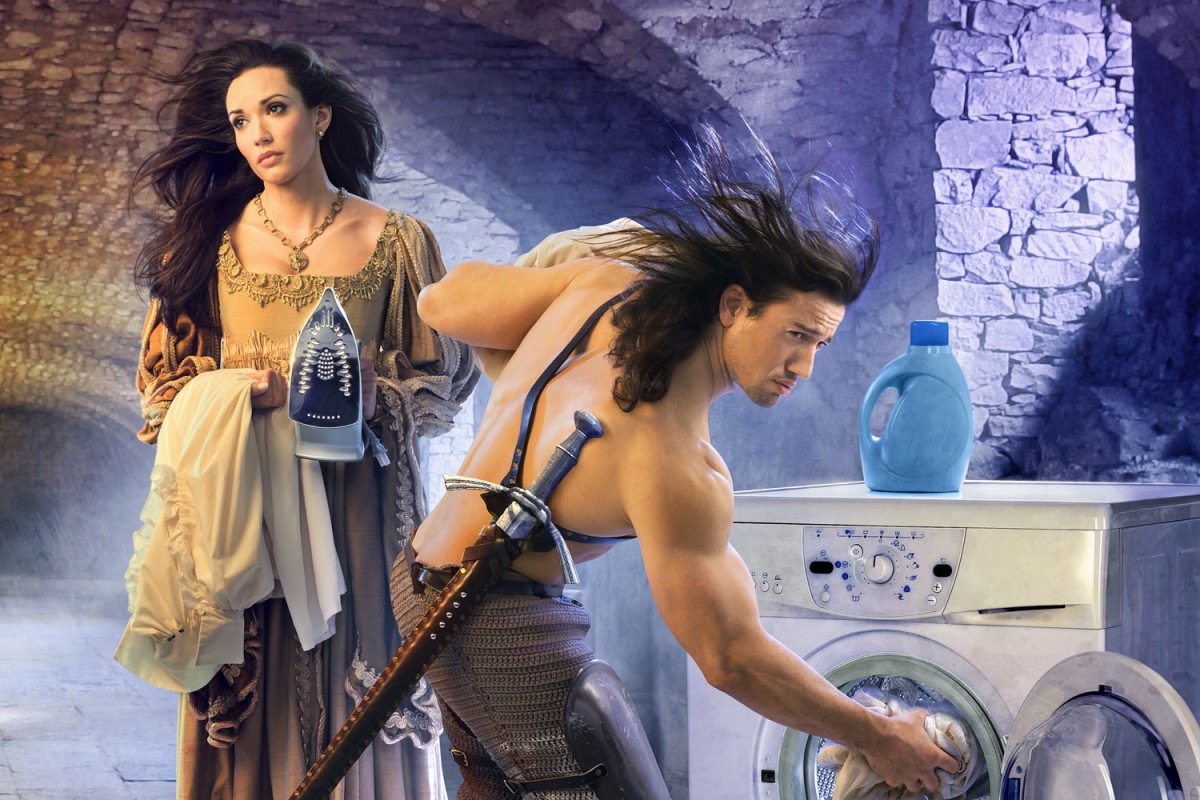 The creative minds at BBDO New York came to me recently with this cheeky campaign for Snickers tying in to their current tagline of “You’re not you when you’re hungry”. For Valentine’s Day this year, they went with “You’re not romantic when you’re hungry”, featuring weathered old romance novels with covers showing relations gone wrong. Petty Bickerings shows a pirate couple arguing over directions. Devices of Desire showcases a majestic stallion with a couple riding him, fully distracted by their own worlds of smartphone and tablet technology. Laundry Knight captures that unromantic moment of a woman and her Knight spending the evening catching up on doing laundry… instead of each other! 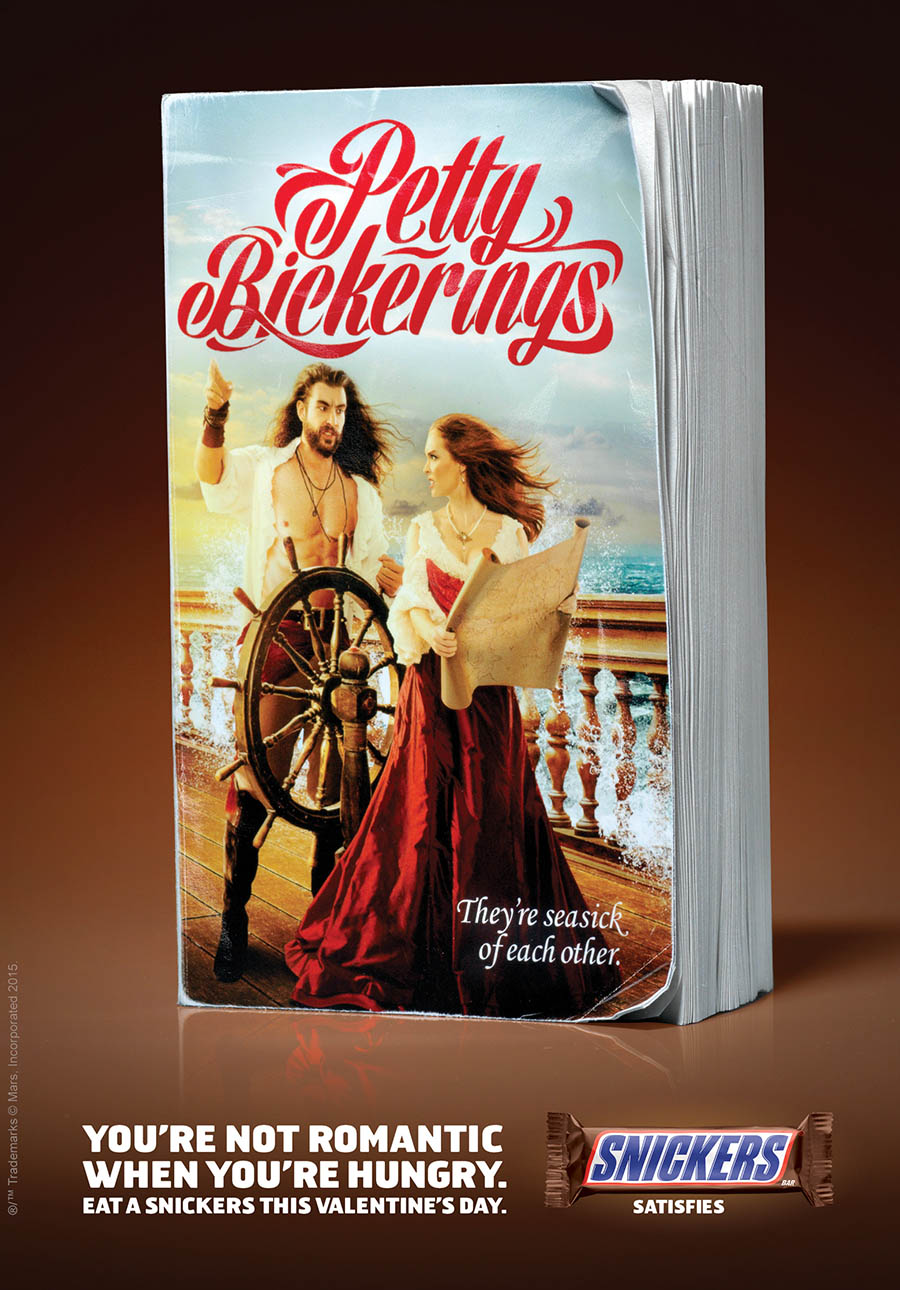 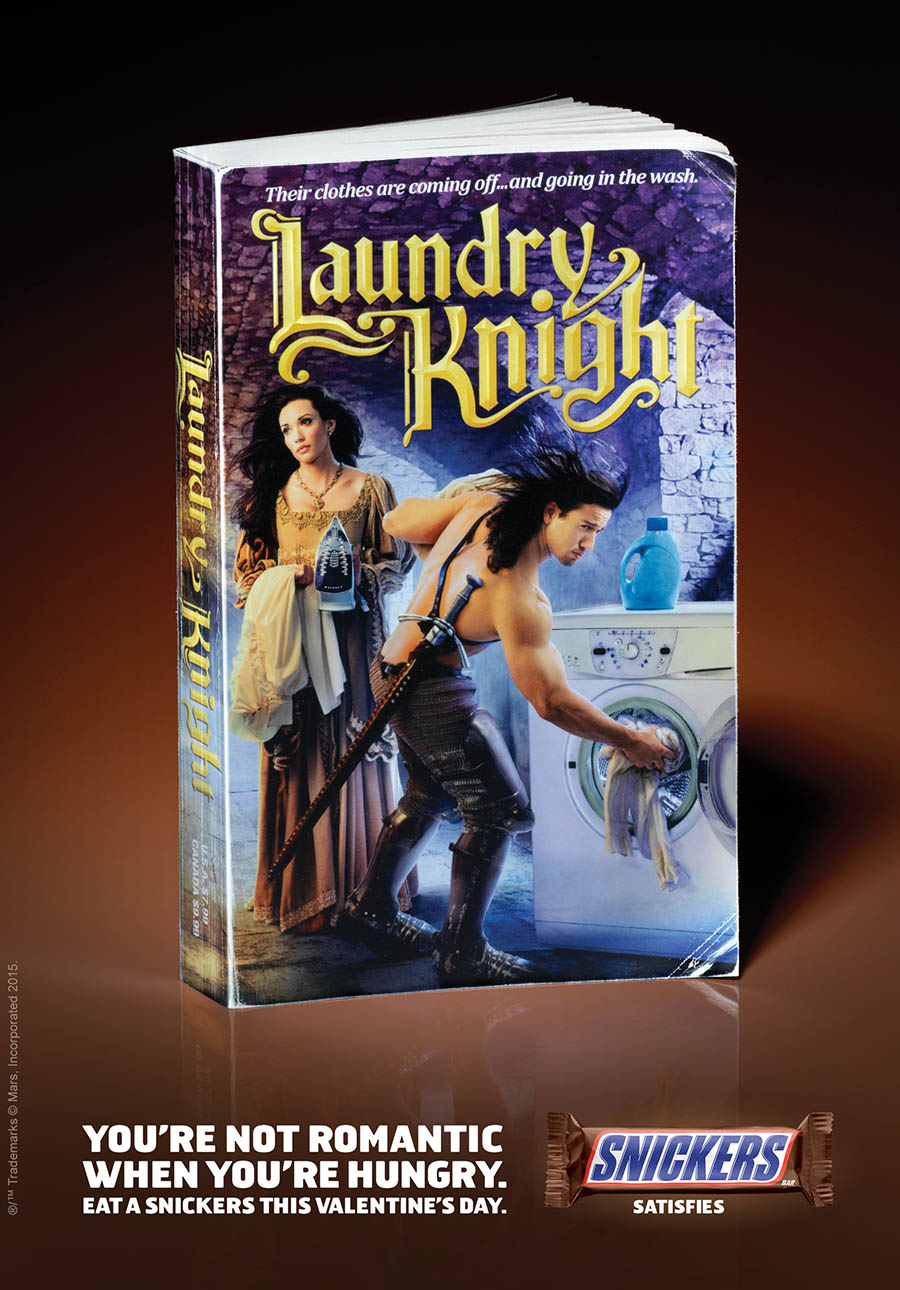 We got a great cast and crew of talent together for the shoots, playing everything as over-the-top as possible. Once the models were shot in full costume they were integrated into equally dramatic painterly environments. 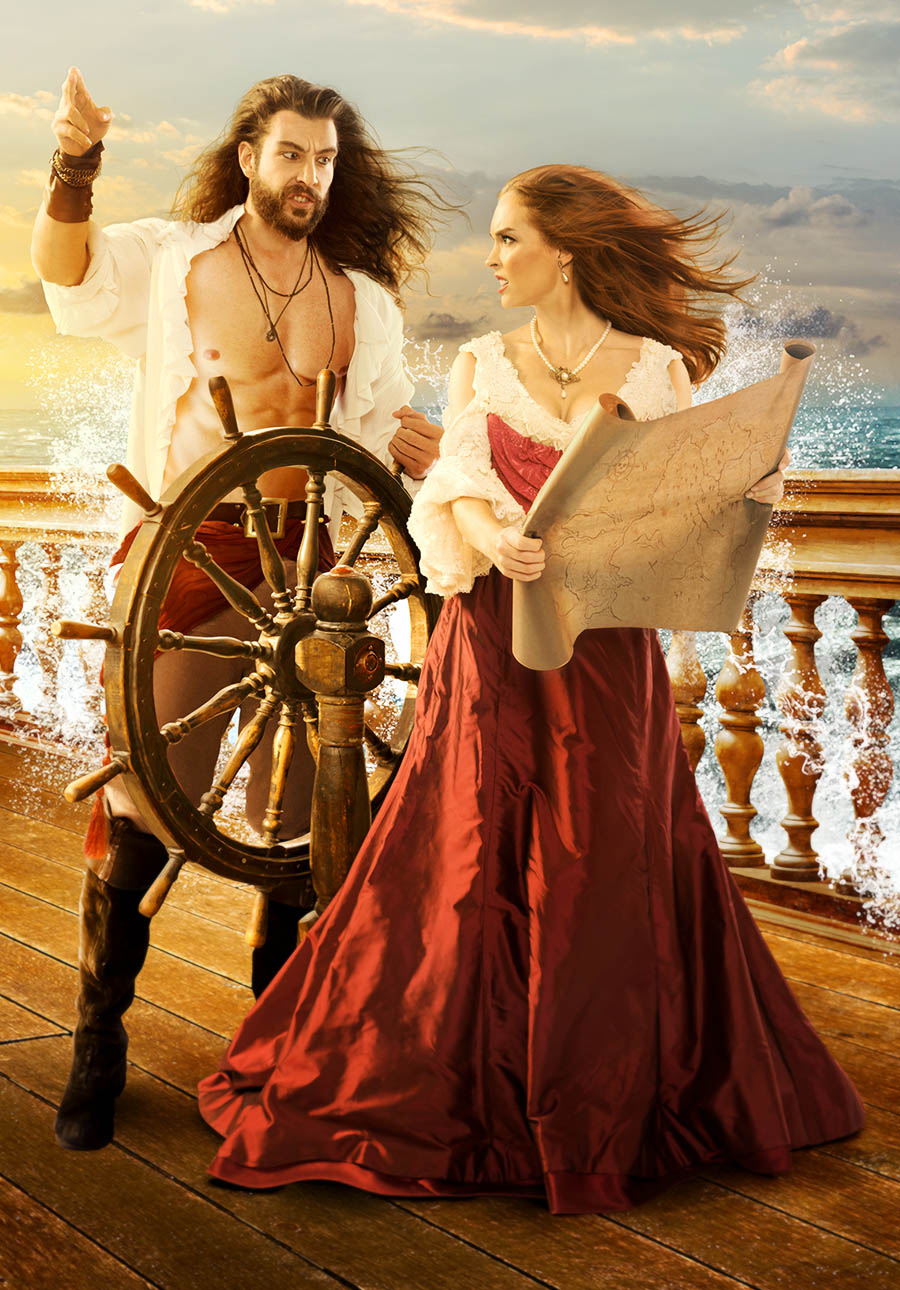 “They’re seasick of each other”

For the Petty Bickerings shoot, I couldn’t have asked for better models to capture the characters then Taylor and Krysten; Taylor rocked his bang-on Jack Sparrow impression, getting into a mock-shouting match with Kristen, who matched him with the perfect icy princess glare. 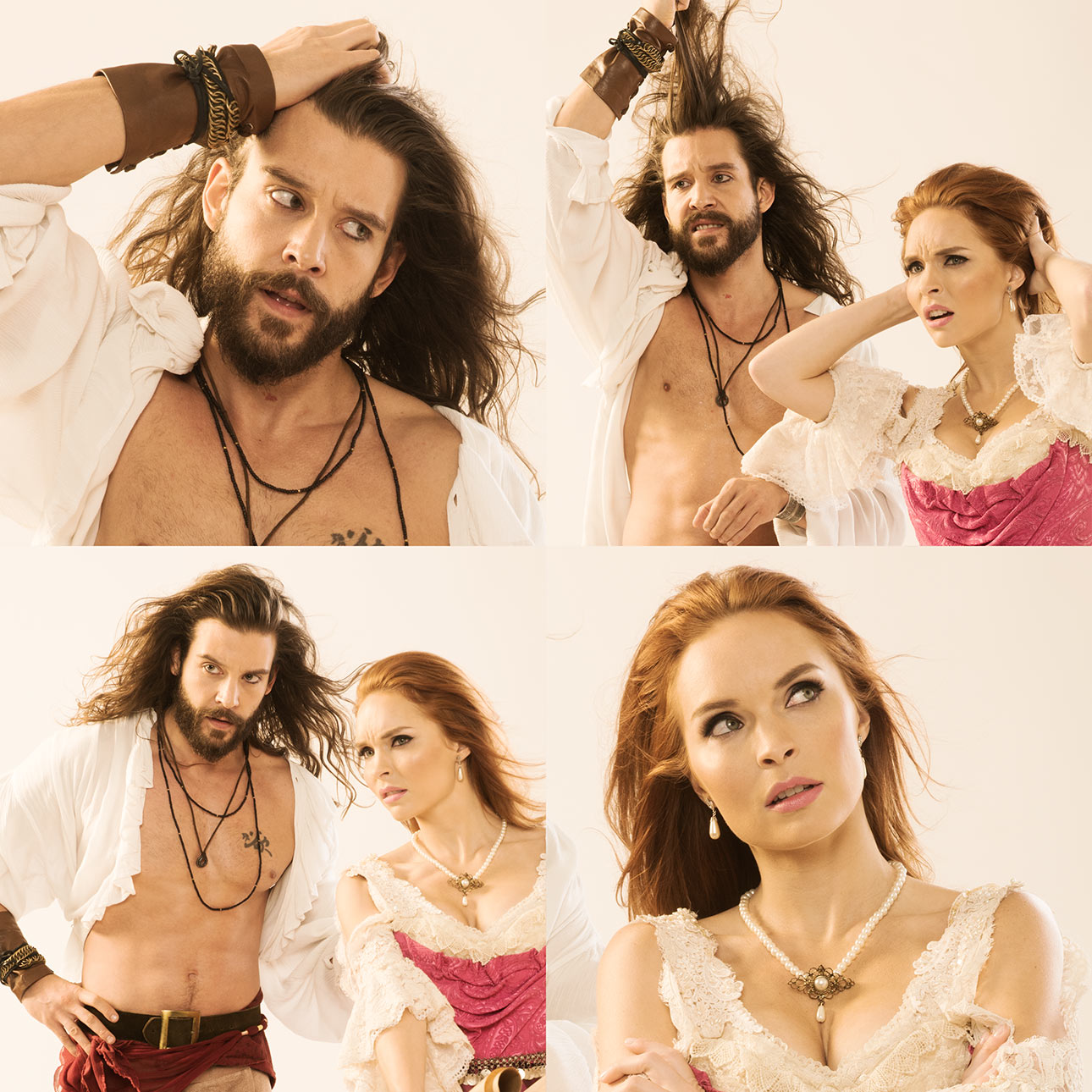 Taylor and Kristen behind the scenes of their shoot 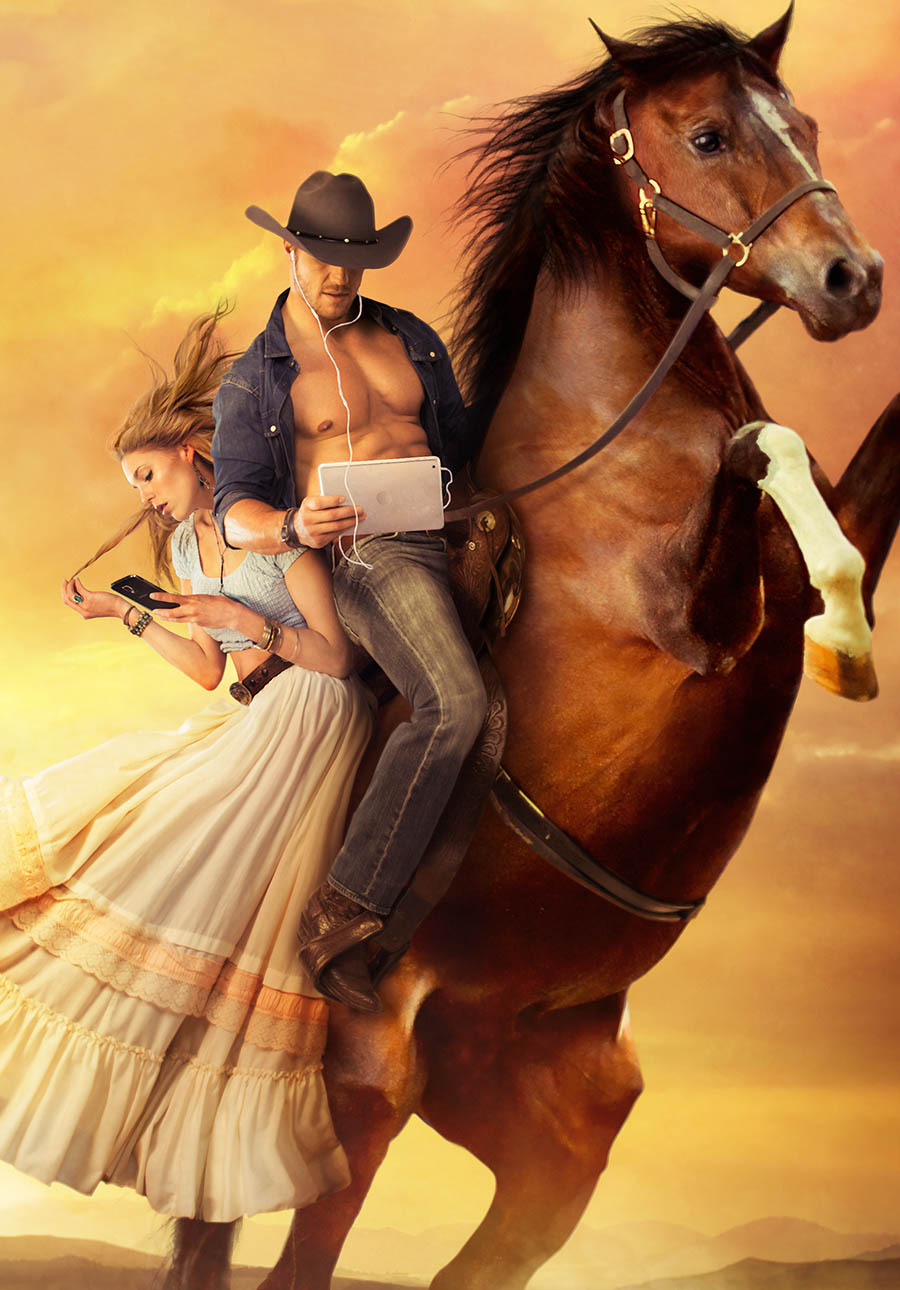 “They just won’t put those things away”

On set for Devices of Desire, we had models Aniela and Steve sitting up on a fake horse to match the angle of their dramatic composition in the final image. We had a hilarious time of them trying different vibes of indifference towards each other for the camera; it helps that they are also both accomplished actors! 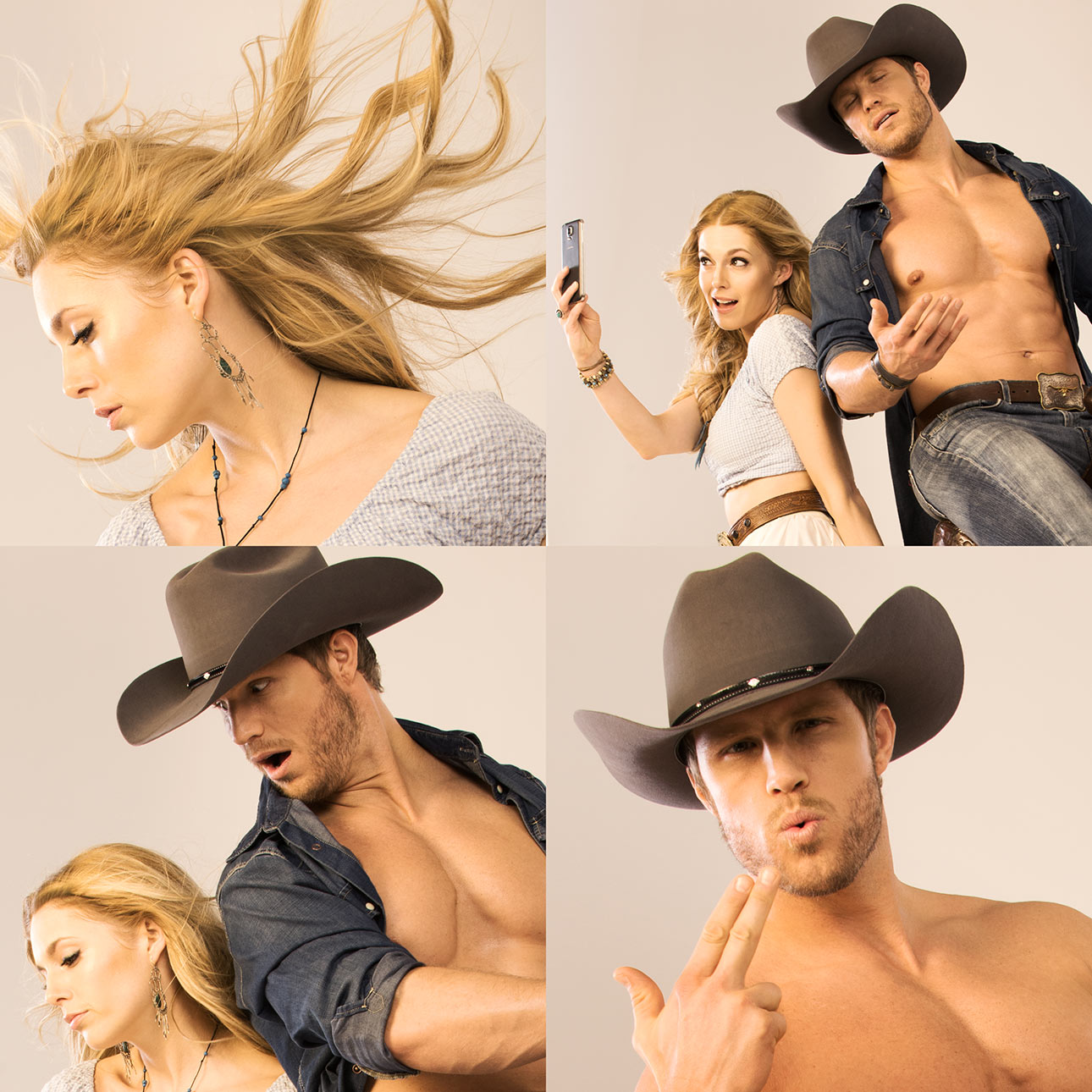 behind the scenes with Aniela and Steve 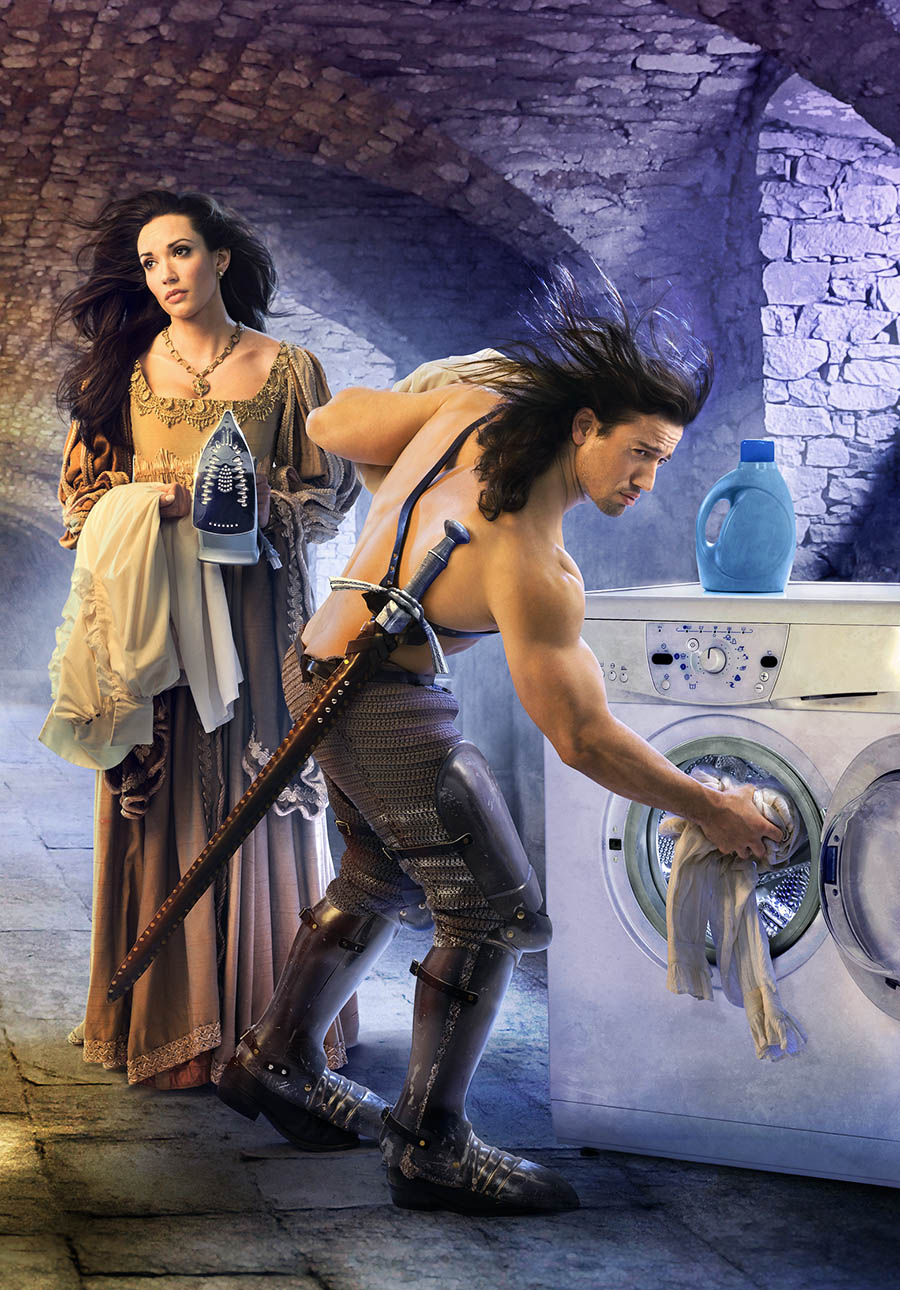 “Their clothes are coming off… and going in the wash”

On set for Laundry Knight, we purposely set up wind machines to catch the flowing locks of models Britney and Tommy in order to play up the stereotypical romantic windblown hair, even as they are in the midst of doing laundry in a miserable castle basement. Tommy kept his stoic vibe perfectly while Britney had the whole crew laughing with her over-the-top expressions of boredom and disappointment. 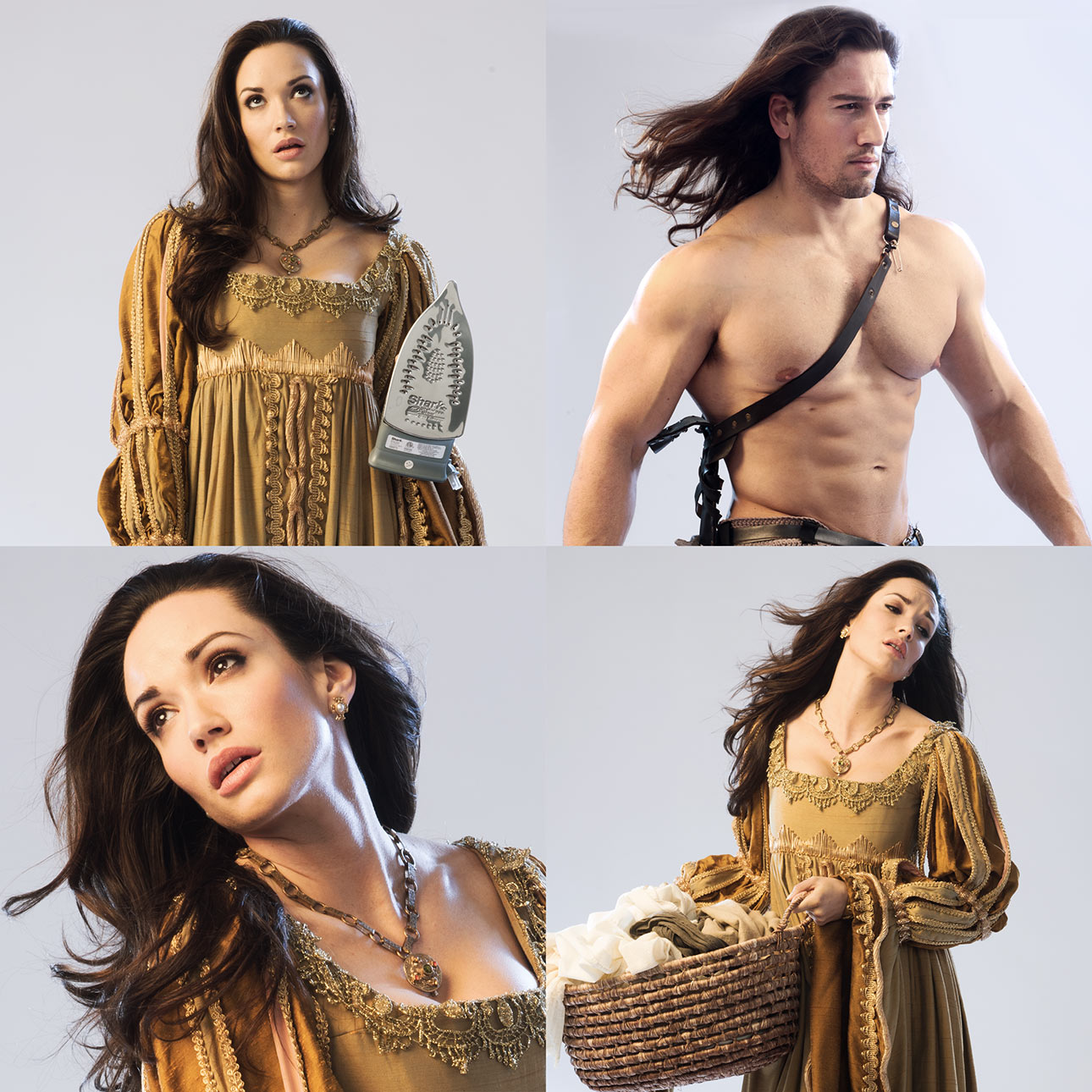 BTS with Brit and Tommy

It was a blast to be part of this North American campaign that both honours and teases the stereotypical 1970s pop culture zeitgeist that is romance novel art. I personally owe so much to this genre client-wise, and as my friends know, I’m that “drank-the-kool-aid” dude that keeps telling them they are currently much more contemporary then ever. Long live the romance novel!